The Winnipeg Tribune, one of western Canada's oldest newspapers, was founded in 1890 by L.R. Richardson and D.L. McIntyre who scraped together $7000 to take over the press and premises of the old Winnipeg Sun. Struggling under the restraints of outdated equipment and no telegraph service, the new paper survived and with the aid of Winnipeg's growing population and economic boom fast became a viable alternative to the rival Winnipeg Free Press. While primarily regarded as an independent liberal paper covering local events and personalities, the Tribune also reported on national and international news. After 90 years of operation, the Winnipeg Tribune ceased publication unexpectedly in August of 1980 as a result of negotiations between competing newspaper chains. 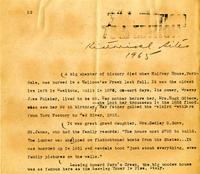 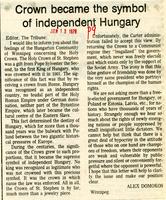 Newsclipping - "'An ill-proportioned box with one crowded corner'" 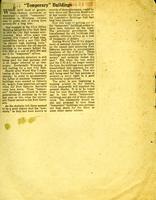 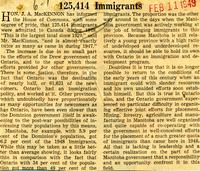 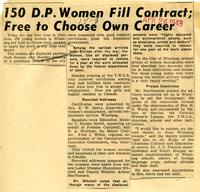 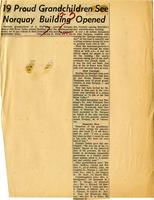 Newsclipping - "A Department of Immigration," 1949 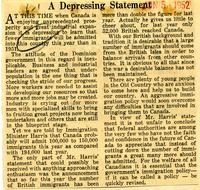 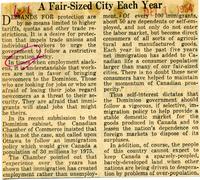 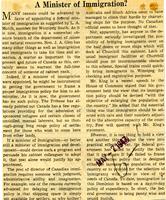 Newsclipping - "A century of local history in McIntyre Block movie"

Newsclipping - "A dynamic exterior, but quite conventional within"

Newsclipping - "A most unusual album: Pages From the Past" 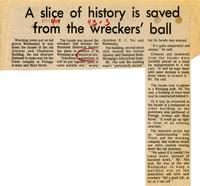 Newsclipping - "A slice of history is saved from the wreckers' ball"

Newsclipping - "A stimulating, imaginative space for public to gather"

Newsclipping - "A way to save historic sites" 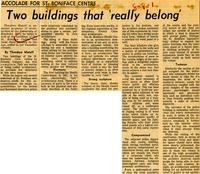