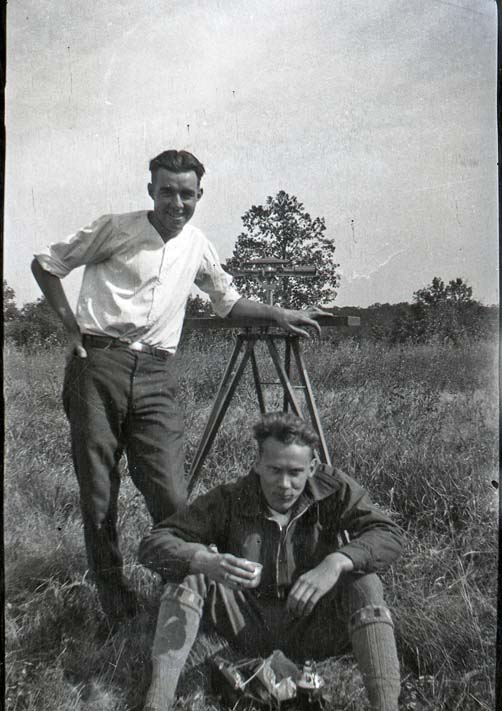 Andrew Taylor (1907-1993) was one of Canada's foremost polar explorers. Taylor, a Scottish immigrant, earned his engineering degree from the University of Manitoba in 1931. Upon graduation, he landed a job as a Provincial Surveyor and in that capacity, he observed much of rural Manitoba prior to its transformation brought about by hydro-electric, agricultural, mineral, timber and urban development. He was stationed in Churchill, Manitoba in 1931 and 1932. Taylor moved to Flin Flon, Manitoba in 1933 and eventually became Town Engineer. In this capacity, many of the town's roadways, drains, sewers and water supply lines are left as part of his legacy. The digitized photographs from the Andrew Taylor fonds document Taylor's time in northern Manitoba as a surveyor and engineer.

A Hole in One

Arrival of the Grain Boats

Cabin in the Woods

Cabin in the Woods