Percy Spencer was born in England and came to Canada in the 1880s. He homesteaded in the Russell area, where he and his wife had seven children. One of his daughters, Lucy, became an R.N. in 1931. Her diaries are particularly interesting for what they reveal about women's education and careers in the first part of the twentieth century. Scholars in the fields of Women's Studies and History will find useful information in these diaries. Historians will also find the diaries kept by Percy Spencer himself very useful. He wrote consistently and over a long period of time on the difficulties of homesteading. The digitized material from the Spencer Family fonds consists of diaries and account books of Percy Spencer between 1884 and 1886, which detailed an English immigrant family's homesteading experience in the Russell, Manitoba area. Also included are diaries written by Lucy Spencer, which reflect the status of women's education in the early-1900s, her nursing certificate, and photographs of her graduating class.

Lucy Spencer and other nursing graduates 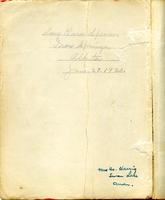 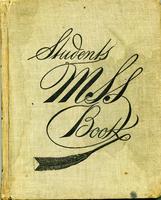