Simon Simonarson was among the early Icelanders who immigrated in the 1870s to the original Icelandic settlement in Kinmount, Ontario. Along with other pioneering settlers, he worked as a labourer clearing the land before moving to New Iceland in the Gimli area around 1875. In Gimli he was a homesteader and a farmer until leaving New Iceland for Winnipeg. The digitized material from the Simon Simonarson fonds consists of his diaries from 1904-1914. They were written in Icelandic twenty-three years after the fact and described Simonarson's decision to emigrate from Iceland to Canada. The diaries describe the first year at Kinmount, experiences with the first settlers in New Iceland, his decision to leave New Iceland for Winnipeg, his life in Winnipeg after 1881, and genealogies of Simonarson and his wife Valdis Gudmundsclottis. Also included is a copy of W. Kristjanson's translation into English of an excerpt from the diaries and a description of Icelandic pioneers of 1874 from the reminiscences of Simonarson. 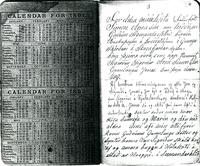 Photocopy of book entitled "Icelandic Pioneers of 1874: From the Reminiscences of Simon Simonarson," translated by W. Kristjanson, n.d., pg. 1 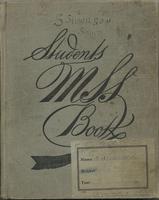 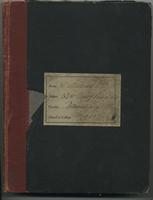