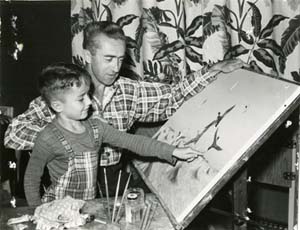 Angus Shortt was well-known Winnipeg artist and painter of wildlife art. Due to his mother’s influence as an artist, he developed a love for sketching birds around the Silver Heights farm located near the family home. In 1926, determined to find employment as an artist, Shortt sought a position at Brigden’s, a commercial art firm. Despite his desire to become an illustrator, Brigden’s offered him an apprenticeship as a wood engraver, which he accepted. As part of the apprenticeship, Shortt was sent to the Winnipeg School of Art, where he studied under L. LeMoine Fitzgerald. Thereafter Shortt chose to work for the newly formed Ducks Unlimited Canada as an artist in the public relations department. He worked at Ducks Unlimited for thirty-four years (1939-1973). There he specialized in painting ducks and geese and donated his painting to many Ducks Unlimited fund-raisings. Angus Shortt also designed series of the Manitoba wildflower and bird paintings, series of 12 medallions featuring designs based on provincial wildflowers for Canada's Centennial, series of greeting cards depicting a variety of ducks, and sets of playing cards with wildlife illustrations for the U.S. Playing Card Co., Ohio. He illustrated Treasure of Waterfowl (1946), Birds of Colorado (1965), and Ducks and Men: Forty Years of Co-operation in Conservation (1978). He also contributed to the making of eighteen films for Ducks Unlimited. Ducks Unlimited named a lake after him (Shortt Lake) to honor his longtime work. In 1962, he designed a fifteen cent stamp for the post office department. After his retirement, Shortt continued to accept commissions for paintings into the 1990s but in his later years only painted for his own enjoyment. 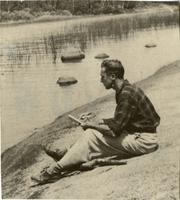 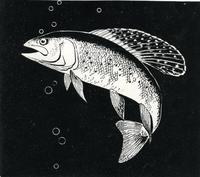 Clipping of a Drawing of a Grayling

Clipping with Image of 'Bluebills' on Illinois River 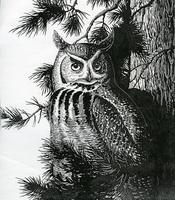 Copy of a Great Horned Owl Drawn on Scraper Board 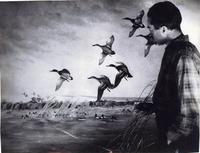 Drawing - Caricature of a Blue-Winged Teal 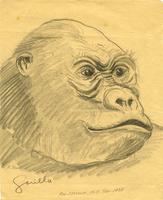 Drawing - Head of a Gorilla 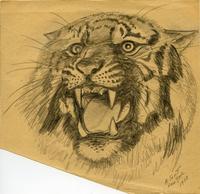 Drawing - Head of a Tiger with its Mouth Open 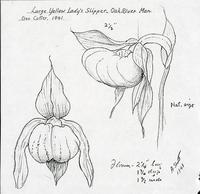 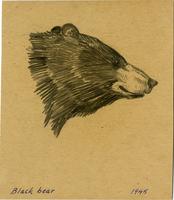 Drawing - Profile of the Head of a Black Bear 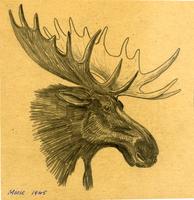 Drawing - Profile of the Head of a Moose 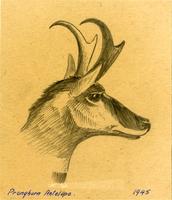 Drawing - Profile of the Head of a Pronghorn Antelope 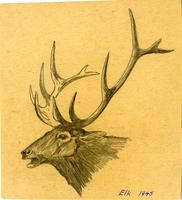 Drawing - Profile of the Head of an Elk

Drawing - Screech Owl on a Branch 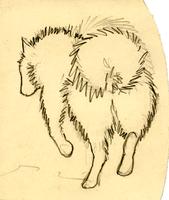 Drawing - Sled Dog from Behind

Drawing - Three Sled Dogs from Behind 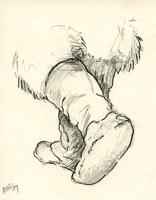 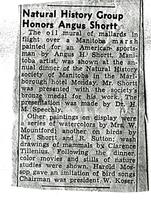 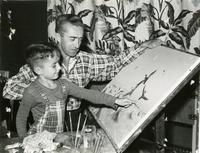 Photograph - Angus Shortt in Studio With Son Terry and Painting

Photograph - Angus and Betsy Shortt With a Watercolour Painting of Geese 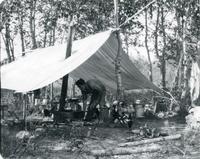 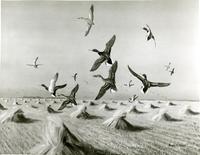 Photograph - Birds in Flight Over a Field 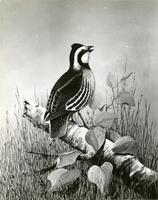 Photograph - Camp Kitchen Near Swan River After a Storm