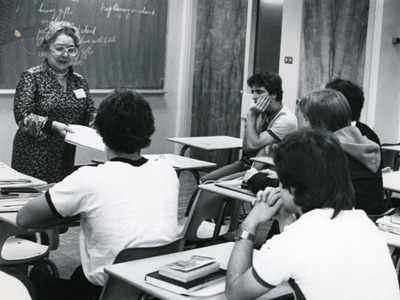 Sybil Shack was born in Winnipeg on 1 April 1911. She graduated from the University of Manitoba with a B.A. in 1929 and attended Normal School to become a teacher the following year. Due to a lack of teaching positions, she supported herself writing editorials for Weekly News, the Independent Labour Council newspaper, taking general assignments for the Western Jewish News, marking papers or giving private tutorials. She also found placements as a substitute teacher before finally securing a job at Foxwarren, Manitoba. After three years in rural Manitoba she returned to teach in Winnipeg. In 1945 Shack returned to the University of Manitoba and received a M.Ed. degree the following year. Between 1950-1952, she took post-graduate courses at the Ontario College of Education. She was principal of several schools starting with Sargeant Park School in 1948 and retired as the principal of Kelvin High in 1976. For thirty years she was involved in school broadcasts over television and radio with the C.B.C. In 1969 she received an Honorary Doctorate (LLD) from the University of Manitoba. Shack is the author of several books. Shack was an active board member for several organizations and was the recipient of several prestigious awards, including the Order of Canada and Provost of the Buffalo Hunt. Shack died on January 22, 2004. The digitized material from the Sybil Shack fonds includes textual and photographic records pertaining to Shack's teaching career, her CBC educational broadcasts, and her writing and research on women and education. A video of a discussion with Shack and other female educators is also digitized as well as documents pertaining to her Russian immigrant father, correspondence and articles relating to immigrant children, an article on antisemitism, notes on Jewish refugee children from the Second World War, and photographs of her family adapting to life in Canada. "A Tribute to a Remarkable Woman: Eleanor Boyce"

"The Making of a Teacher" - Chapter 1

"The Making of a Teacher" - Chapter 2

"You Are Our Sybil" lyrics 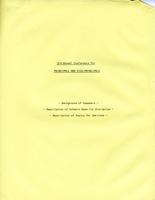 Bibliography and notes, re: women in education 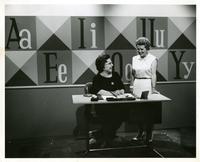 Copy of letter from Sybil Shack to S.J. Totton, re: ideas for Shack's proposed book on the education of immigrant children, 1978, pg. 1

Copy of letter from Sybil Shack to S.J. Totton, re: ideas for Shack's proposed book on the education of immigrant children, 1978, pg. 2 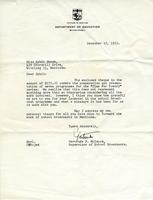 Correspondence, re: Armed with a Primer 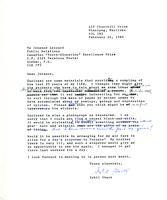 Correspondence, re: School District of Winnipeg No. 1 congratulating Sybil Shack on appointment 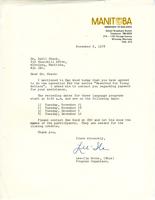 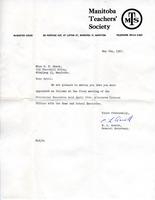 Correspondence, re: Sybil Shack's appointment with The Manitoba Teachers' Society 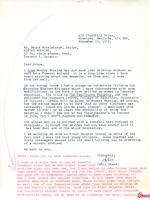 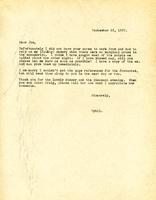 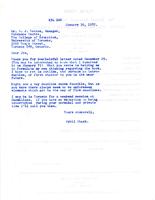 Correspondence, re: candidacy for position with The Manitoba Teachers' Society Correspondence, re: gratitude and payment to Sybil Shack for writing "Let's Write" series