In 1811, Alexander Ogilvie joined his uncle John Watson in Montreal and added his millstones to his uncle's mill. In 1872, a mill was built at Seaforth, Ontario, and two years later another at Goderich. In 1895, the Ogilvie company acquired an oatmeal mill in Winnipeg. In May 1902, the executors of the Ogilvie estate sold the flour mills and seventy elevators to a Canadian-owned syndicate and formed the Ogilvie Flour Mills Co. Ltd. From 1912 to 1939, Ogilvie Flour Company were purveyors of flour to King George V, which indicated Ogilvie flour had been adopted by the royal household. In 1949, Gerber-Ogilvie Baby Foods Ltd. was formed and Ault Milk Products was purchased. In 1957, Ogilvie sold their fifty percent share of Gerber-Ogilvie Baby Foods Ltd. to Gerber, and in the same year Ogilvie-Five Roses Sales Ltd. was consolidated. Ogilvie bought control of Catelli stock in 1960. Between 1966 and 1996 Ogilvie Mills sold, purchased, and amalgamated with many companies including General Bakeries Ltd., Beatrice Foods Inc., Delmar Chemicals, Laura Secord Candy Shops Ltd., Catelli-Habitant Inc., and Gourmet Baker Inc. In 1968, Ogilvie became a subsidiary of John Labbatt Ltd.. In 1993-1994, Archer Daniels-Midland Co. purchased Ogilvie Mills from John Labbatt Ltd. At the time, the annual sales had reached $275 million. The digitized material from the Ogilvie Flour Mills fonds consists of over 300 photographs of Ogilvie mills throughout western Canada, as well as an outline of the early mill history of the organization.

"Flooding from creek behind mill at Medicine Hat 1924" 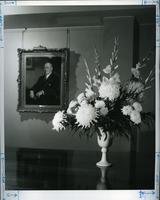 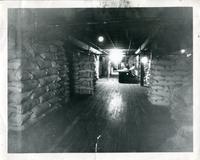 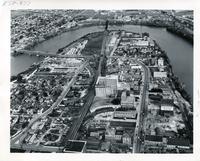 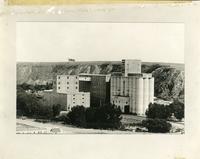 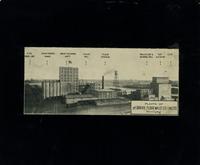 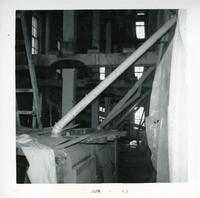 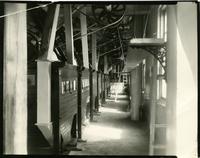