Marketa Newman was born in Prague, Czechoslovakia in 1918. She married Arthur ("Bobek") Neumann (later changed to Newman), and had two children, Karel (changed to Charles or Chuck) and Eva. She and her family were taken to the "model concentration camp", Terezin, in 1942. The family emigrated to Canada in 1949, first staying in Toronto, and settled in Saskatoon in September 1949. She received a Bachelor of Arts degree from the University of Saskatchewan in 1962 and a Bachelor of Library Science degree from the University of Toronto in 1964. From 1964 until her retirement in 1985 she worked for the University of Saskatchewan Library in the cataloging, acquisitions, and collection development departments. She was the author of Biographical Dictionary of Saskatchewan Artists - Women Artists and Biographical Dictionary of Saskatchewan Artists - Men Artists. In 1997, largely in recognition of the dictionaries, she received an honorary degree from University of Saskatchewan. The digitized material from the Marketa Newman fonds consists of files relating to immigration to Canada from Czechoslovakia - correspondence and telegrams, including with Nathan Phillips, regarding an Order-in-Council; and subsequent letters to family regarding the immigration experience. 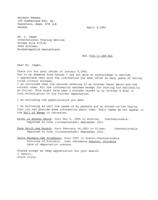 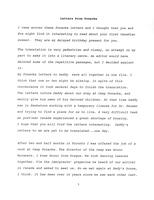 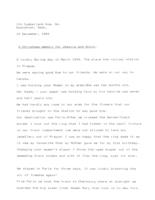 Passports and identification for Marketa and Arthur Neuman. 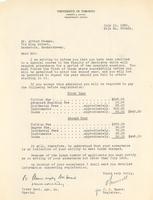 U of T, Faculty of Dentistry admission.