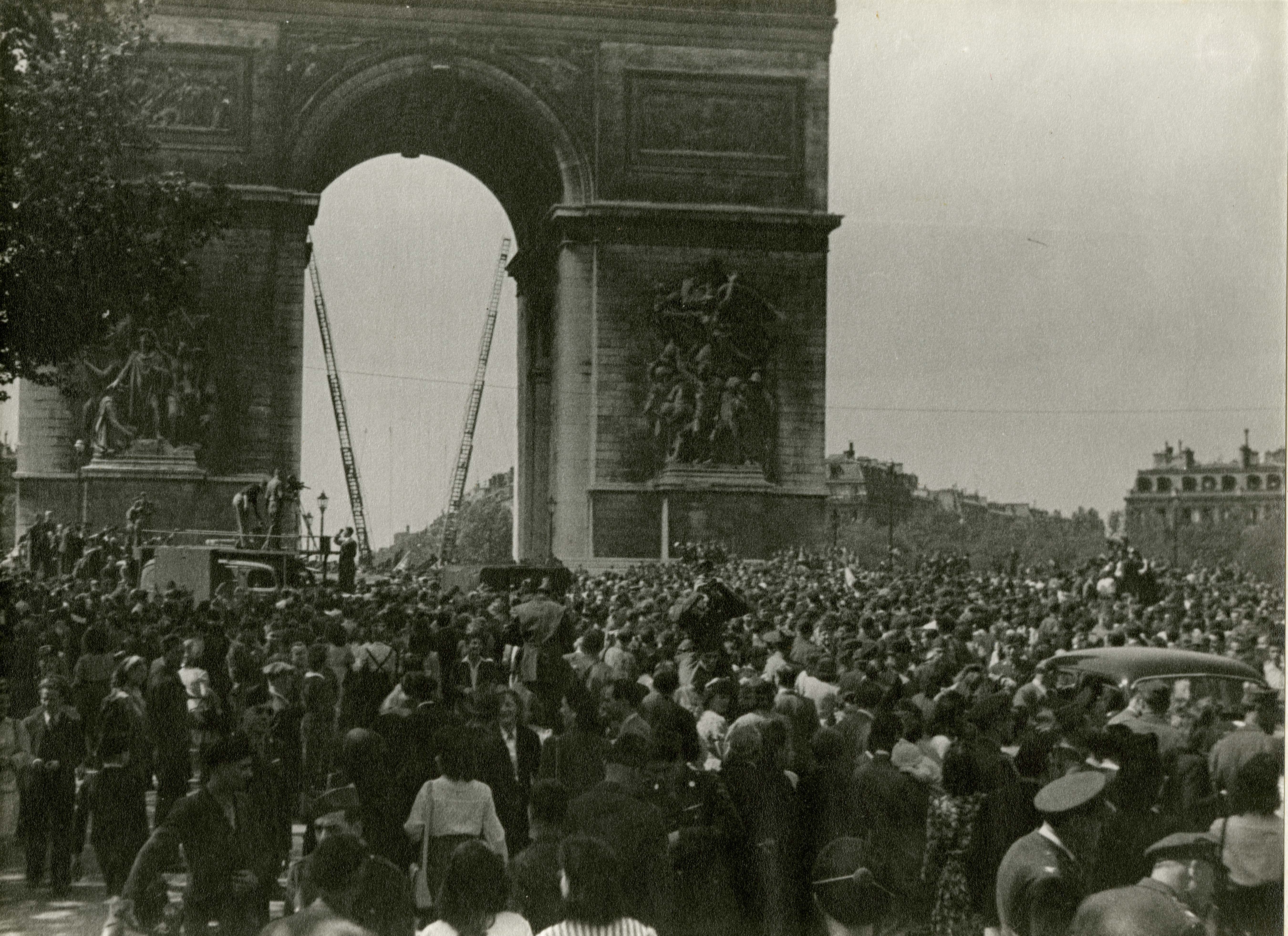 Hilda Morrish grew up in Hove, England and joined the Women's Royal Naval Service in 1940. Morrish's parents were pacifists and disapproved of her joining the WRNS. Their disapproval led to her request for a transfer to civilian work assisting tha arriving United States Army in Gloucester, Cheltenham. Morrish was later in Paris on VE Day and toured France and Germany immediately following the war.

The digitized material on this site includes images of black and white photographs taken by Hilda Morrish with a Voigtlander 35 mm camera. The photographs were developed and printed in a makeshift photo lab in a hotel bathroom. A bidet was used to wash the prints and an enlarger to magnify the images.

A child of the "occupation"

Approach to Koblenz, a battered German town on the Rhine

Booksellers on the Seine

Crossing a Bailey Bridge into Germany

Hilda Morrish canoeing in hamlet of Samois outside of Paris

Parisians gather to welcome their liberators under the Arc de Triomphe.

Returning from leave on channnel steamer

Sightseeing on the Seine

Stopping at a PX tent

The Brandenburg Tor in Berlin 1946

The town of Heidelburg, Germany