Born in 1908 in Gimli, Manitoba, Ewanchuk was the son of pioneer settlers. Upon graduating from Gimli High School he attended the Detroit Institute of Technology and Detroit City College (now Wayne State University). He received his B.A., B.Ed., and M.Ed. degrees from the University of Manitoba - later receiving two honorary Doctoral degrees from the University of Manitoba and the University of Winnipeg. Upon completion of his service with the Royal Canadian Air Force in 1946, he was appointed Inspector of Schools. Ewanchuk served on various curriculum committees and was chairman of a committee that organized the introduction of Ukrainian instruction in the high schools of Manitoba. Interested in oral history, Ewanchuk conducted a series of interviews in the 1930's with Ukrainian seniors and began writing oral histories. He also wrote articles and reports for several Ukrainian papers. He later published several books on Ukrainians, including Spruce, Swamp, and Stone: A History of the Pioneer Ukrainian Settlements in the Gimli Area (1977), Vita: A Ukrainian Community (1977), and Hawaiian Ordeal: Ukrainian Contract Workers 1897-1910 (1986). The digitized material from the Michael Ewanchuk fonds consists of records pertaining to his immigrant family, photographs of Ukrainian immigrant settlers, and audio recordings of his interviews with Ukrainian pioneers. 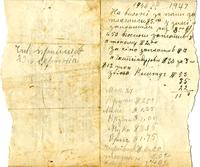 Annotated letter from T. Ferley and J. Solomon to Wasyl Ewanchuk, re: gift for Myroslav Stechyshyn, 1947, annotated back 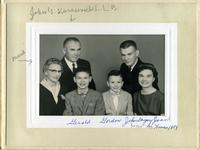 Annotated photograph of a Ukrainian family at Christmas, 1959 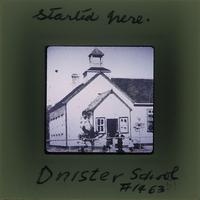 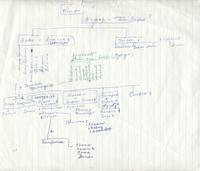 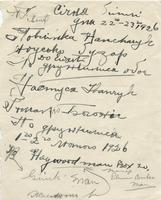 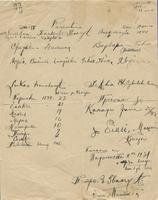 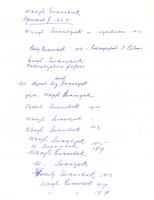 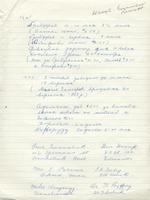 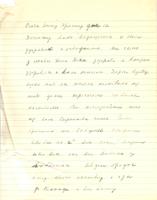